I have a pihole server online (firewalled) that has tailscale, and I want to use it as the default DNS in all of my tailscale devices (without defining an exit node). 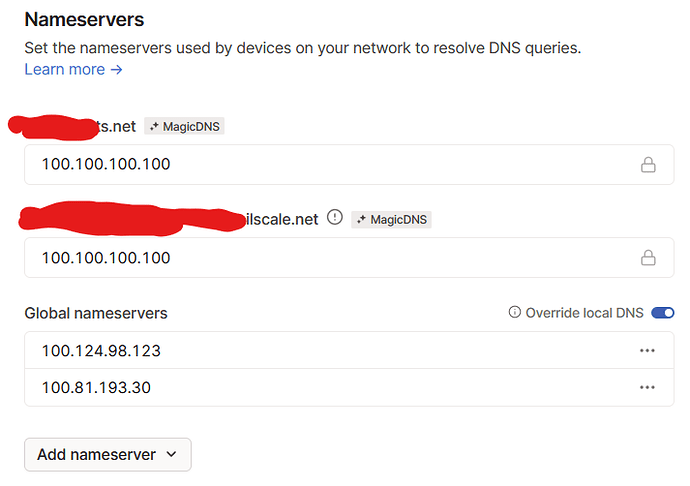 713×503 29.6 KB
I also put up another server just to make sure, so both of the global servers entries are tailscale ips of machines with pihole dns on them.

The pihole works for its local machine under the real interface, and it is defined to “permit all origins”.

And yet, despite “override local dns” being on, the requests don’t actually go to the servers - I both checked the log, and adblocker test sites, and they just don’t go there. It’s true for both my windows pc and android.

The magicdns names for the machines don’t work either.

Anyone has an idea to what could happen?

I think I have a similar issue. On my MacBook Air (12.6) I still get served ads despite ‘Override DNS’ being selected for the global name server.
I also get this in terminal: