I have Tailscale installed on an Ubuntu server, along with an Android device and a Windows 11 laptop.

I can SSH into the server (using the 100.XX.XX.XX:22 address) without any issues from both Android and Windows 11 (from a cellphone network, so I’m certain it’s traversing the Tailscale network).

I can see the various services (running in docker containers)advertised on Tailscale but I cannot access them: 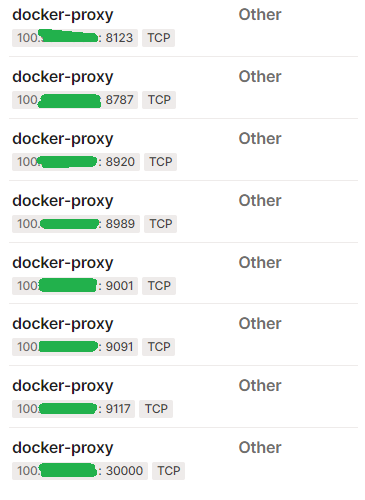 I’ve tried temporarily disabling the firewall, to validate it’s not being blocked at that level (it isn’t). I’ve also tried playing around with 192.0.0.0/24 subnets (with no change).

How can I debug where the issue lies?

Can you detail a bit more your setup on Ubuntu? How are you exposing the docker services to tailscale? And do you have any ACL setup that could block the traffic?